Disclaimer: I received tickets to The Prom as a fabulous opportunity through the Straz Center and Tampa Bay Bloggers for the purpose of this review. They did not buy me a corsage nor get handsy at the end of the night. The opinions shared are my own.

Do We Still Need to Build a Prom for Everyone?

How can you not love a show where the cast wears t-shirts that say, “We’re All Lesbians”?

I know, I know. Perhaps I’m a teeny bit biased.

I couldn’t help but feel, as I watched the musical “The Prom” at the Straz Center in Tampa on Tuesday night, that this show wasn’t just for the niche audience of queer people who may or may not have missed their prom because they couldn’t take their same-sex partner as a date or dress in a way they felt represented them.

There is a more broad and more beautiful message to this story. This is a show for everyone.

What Is The Prom All About?

Perhaps you’re already familiar with the story of The Prom. I had caught the version that Netflix released in 2020, with a cast including Meryl Streep, Nicole Kidman, and Kerry Washington, and loved the touching story line and campy feel. The disconnect for me, though, was the perma-grin on the face of the title character, Emma, who was disowned by her parents, verbally abused by her classmates, in a relationship with a partner who was not ready to go public after a year and a half together, and villainized by the adults of her small-town Indiana community.

Let’s be honest. We LGBTQ+ can continue smiling through some hard shit… but not ALL the hard shit.

In walks the musical theater performance of The Prom and my soul was satiated. The show brought out all of the emotions in me, and it was palpable amongst the audience as well. I found myself alternating between laughs (fine… they were more like snorts) when the cast of Godspell was singing “The Acceptance Song” at a monster truck rally, full-blown tears during “Dance With You” between Emma and her girlfriend Alyssa, and goosebumps during so many small moments in between.

This cast has some serious talent. And they drop the word “fuck” during several well-timed occasions, which may be one of my love languages.

Why The Prom Matters Today

I’ve been a musical fan since my wee days as a youth-- a time before I even realized that the walls around me were a closet that I’d fight to break out of over the next several decades. There are so many shows I’ve loved, but this one is going to hold a special spot in my heart.

Perhaps it’s because it has roots in several true stories and brings to a broader audience just one of the many issues that the LGBTQ+ community faces. The lines from “Dance With You” say it best: 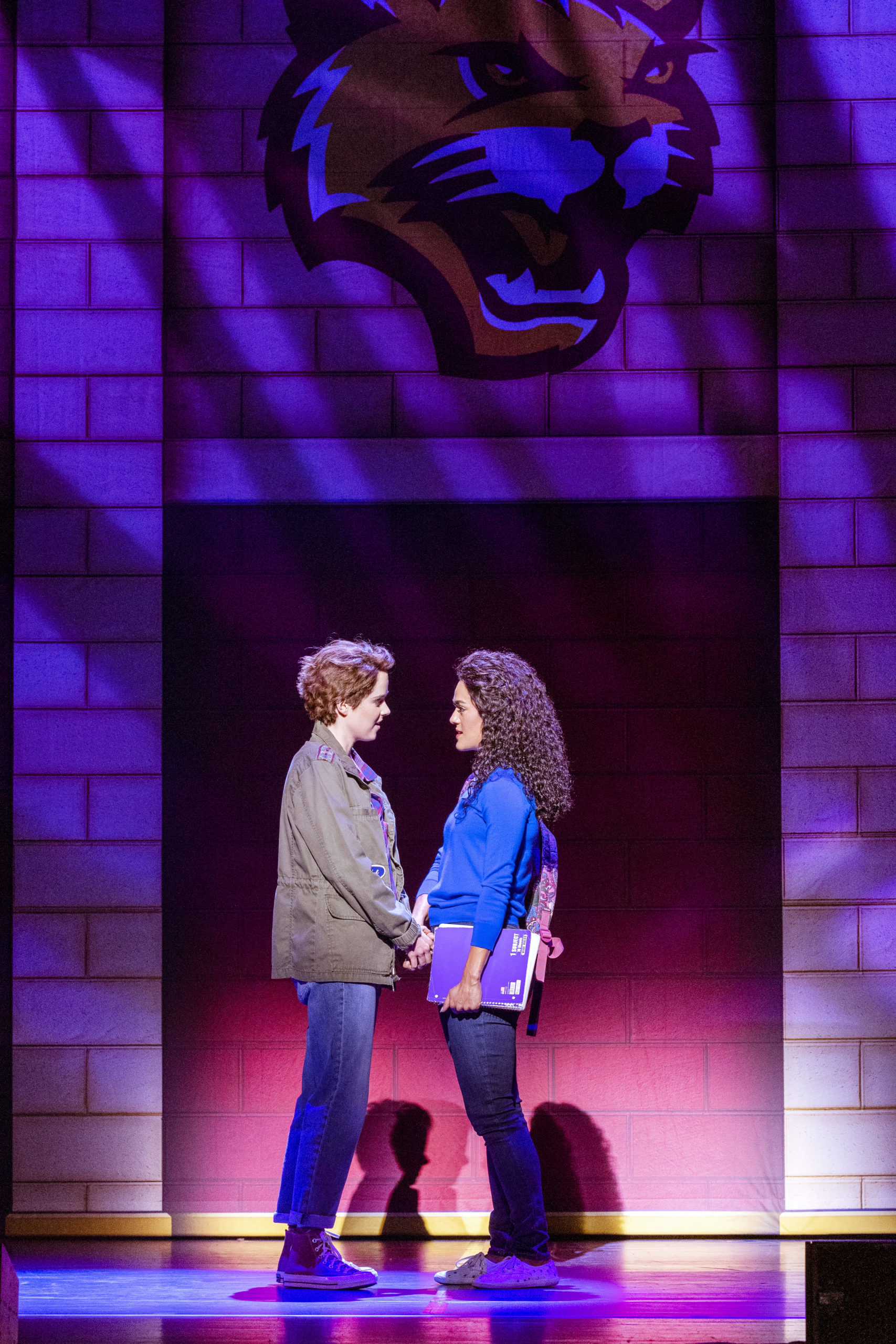 I have said before, the day my partner and I are accepted equally, the day our family is not viewed by some as “wrong” or “less than,” is the day that I will pack away my blog (or perhaps switch to a new topic like “the joys of freshly-opened peanut butter”). Many of us are not looking to be outspoken advocates. We just want to live with the same rights and acceptance that others are afforded. It’s really that simple.

Perhaps it’s because my partner didn’t attend her own prom. And, unlike this musical, it was in a time and place where she would most likely not have even been afforded the courtesy of a PTA “discussion” about the topic.

Or perhaps it’s because this issue STILL exists today amongst our teens in the United States. Yes, I’m writing this from the year 2022. In fact, it’s one of the motivating reasons that a group of mama bears and concerned parents in the Tampa Bay homeschooling community have banded together to throw the Tampa Bay Homeschool Inclusive Prom (@TB_Hip), to be held on April 30, 2022.

While this prom is to be the first of its kind in the Tampa Bay homeschooling community that allows same-sex couples and students to dress according to the gender they identify, the committee has decided to open the prom up to ALL high school students (homeschooled or otherwise, LGBTQIA and allies). Because, really, all students deserve to feel safe, loved, accepted… and normal. 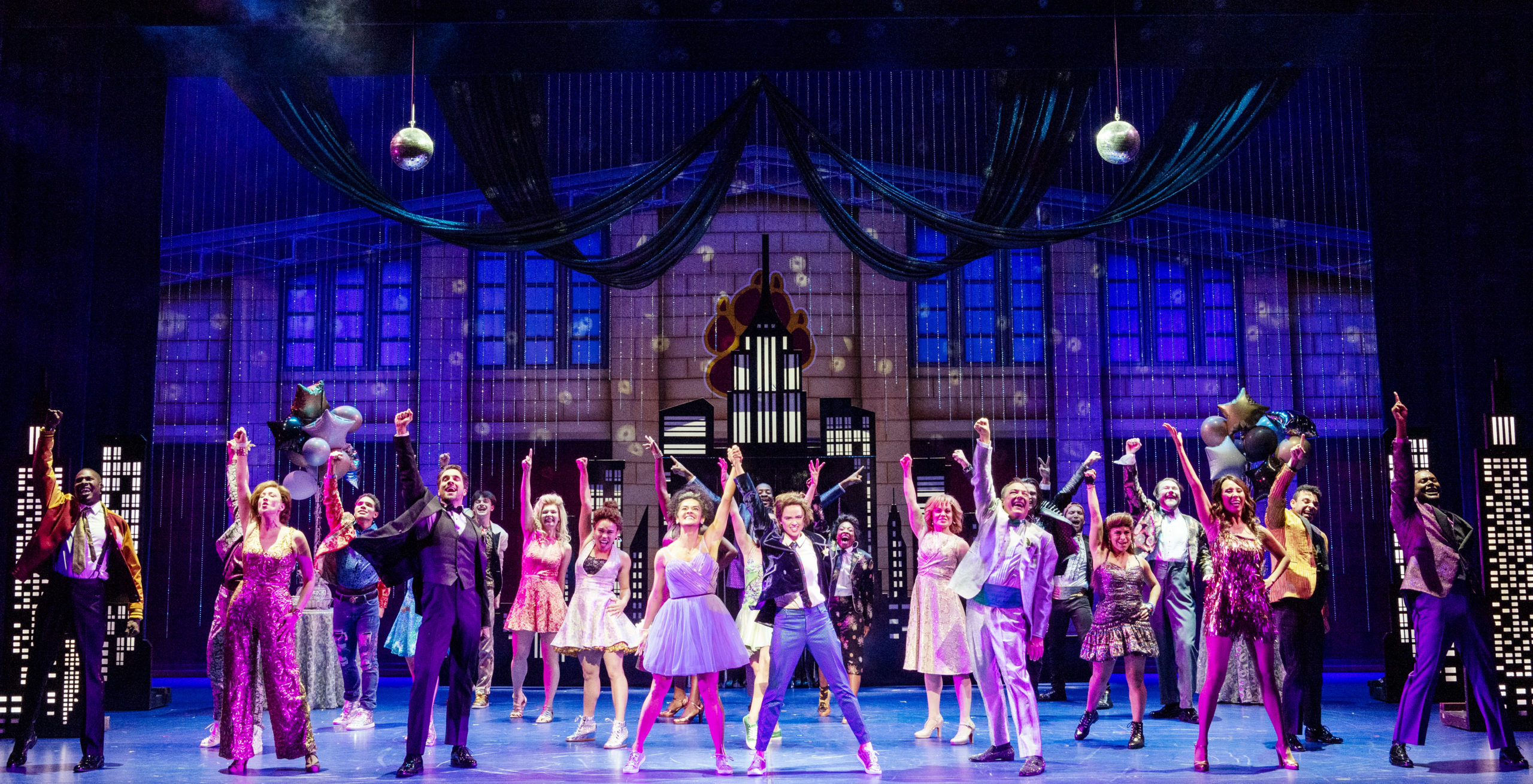 I couldn’t help but want to jump out of my chair at The Straz Center last night, pump my fist in the air during the chorus line “Build a prom for everyone, show them all it can be done” and secretly adopt it as our new anthem for TBHIP. Because at the end of the day, that is really what the message of this show is all about: creating a world where everyone is welcomed for who they are.

Getting to a place of equality takes hard work and courage. But if there is one takeaway I learned from The Prom last night, it’s “if your hands shake, turn them into jazz hands!”

It’s not too late to grab your tickets. The Prom will be at Carol Morsani Hall at The Straz through February 20, 2022. Your heart and soul will be glad you went!

Oh... and in case anyone hasn't heard, Trent Oliver went to the Juilliard School. (If you go, you'll get it).

If you have a question for Queer Abby, please email it to Jill@JillWritesWords.com and I will happily feature it in a future post. Thank you for being a part of these important conversations.

2 thoughts on “Do We Still Need to Build a Prom for Everyone?”