How to Talk to Your Homophobic Family?

My daughter and I are curious about the correlation (or lack thereof) between mental illness and sexual orientation or gender questioning. We have already begun to stay away from people in our family who believe these things are a "sin" (and there were many). However, we have a close relative who accepts my daughter as a lesbian but believes it's a mental illness rather than something positive or normal.

It's hard to argue some of her points, and I'm wondering your thoughts. 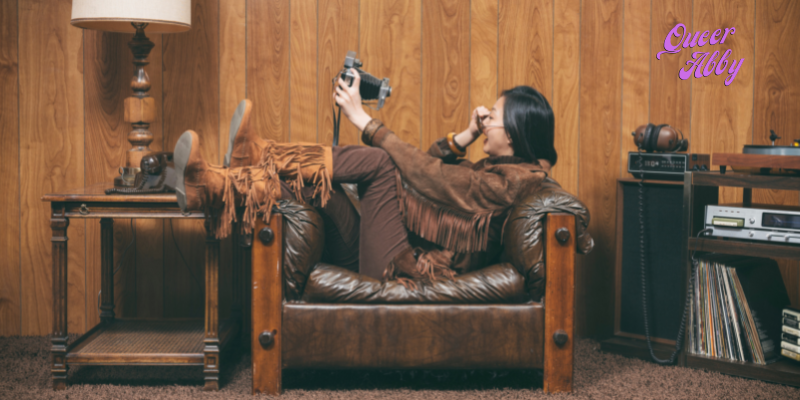 Did you ever have a friend or relative whose home décor or apparel got trapped in a decade? Like when the world moved on to the baggy jeans and JNCO of the 90s, they were still rocking the acid-washed pleats of the 80s? Or the burnt orange shag carpet in their living room extended well beyond its useful and aesthetic life? Welcome to the argument of queerness and mental illness.

I’m sorry you’re even having to deal with this. I’m sorry your daughter is too. I’m grateful that you are stepping into the role of supportive ally or advocate for her, regardless of where you fall in your beliefs on the origins or appropriateness of queer people existing.

According to the Trevor Project’s 2022 survey, “LGBTQ youth who felt high social support from their family reported attempting suicide at less than half the rate of those who felt low or moderate social support.” Given that the report also identified that 45% of LGBTQ youth seriously considered attempting suicide, there is an obvious need for these adults to pack up their stones and save their casting for another day if they truly love the young people (regardless of how they identify) in their lives. 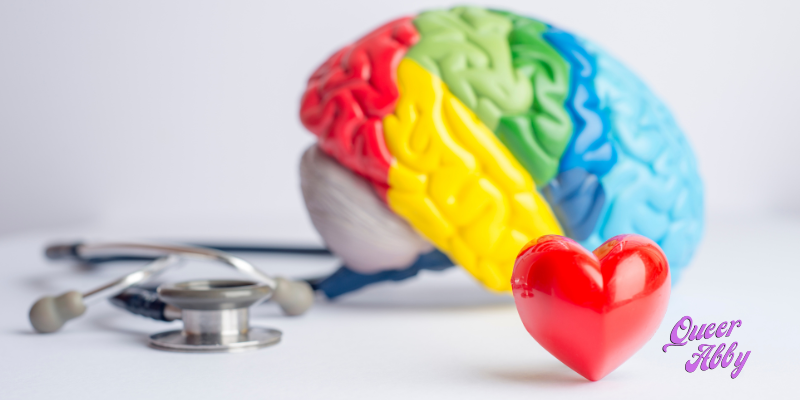 History of LGBTQ+ and Mental Illness

Perhaps it's easy to see why people in our lives (particularly those of the older generations) would try to classify queerness as a mental illness. Homosexuality was included in the American Psychiatric Association’s “Diagnostic and Statistical Manual of Mental Disorders” until 1973, with doctors of the decades prior claiming they could treat and correct a person’s sexual orientation.

In fact, Time Magazine even published an article in 1965 titled “Homosexuals Can Be Cured”, featuring the University of Pennsylvania psychiatrist Samuel Hadden. It spawned a variety of conversion therapy techniques from counseling to electroshock therapy and ice-pick lobotomies. And while the effectiveness of conversion therapy has been debunked many times over and only 8% of the US population still believes it’s effective (based on a 2014 survey), it is still legal in more than half of US states, including your home state of Florida. (Watch the Netflix series Pray Away for more on modern-day conversion therapy in the United States.)

What’s interesting about classifying queerness as a mental illness is that some people viewed that as a more humane approach to addressing the LGBTQ. Rather than in previous eras, where queer people could be sentenced to death for their sins, the classification as a mental illness seemed like a less punitive approach for their “crimes against nature.” When homosexuality could be pathologized, then it was believed it could also be treated. And then you didn’t have to blame your family members for their devious sin of consensual love, you could just chalk it up to the fact that clearly they weren’t right in the head. 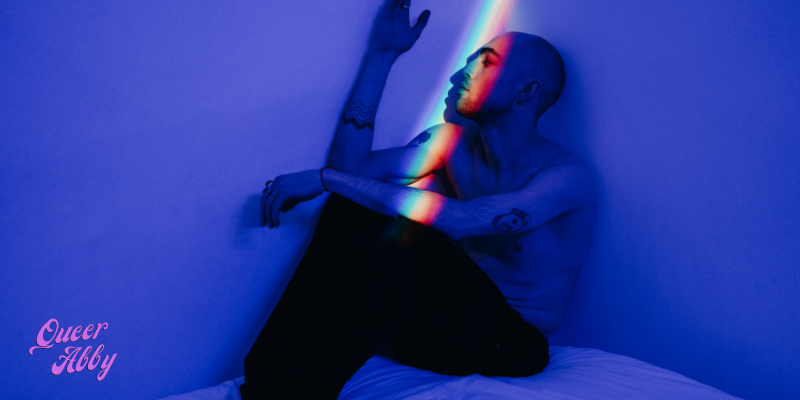 In Defense of Queerness

You mentioned in your letter that it’s hard to argue against some of these points, and I agree. It is hard. Most people don’t walk around with fact sheets of the most current recommendations from the American Medical Association, American Psychiatric Association, American Academy of Pediatrics, or World Health Organization to dispute the person’s flawed mental health claims, so it can be challenging to have an educated discussion off-the-cuff. (Though I’m pretty sure they’re not coming to the table with actual hard data either.)

Taking the mental health angle to condemn the LGBTQ is both a convenient and lazy argument because:

That third point is the real reason why this argument is truly hard. You can’t defend your daughter in this discussion because your family member’s belief actually has nothing to do with your daughter. And, in most instances, there are no words that you say will convince them otherwise. They will defend their stance no matter how nonsensical because doing so protects them from having to examine and defend their own personal identity. Because if they were “okay with gay,” what would it mean for their life, and what their social community would think about them?! 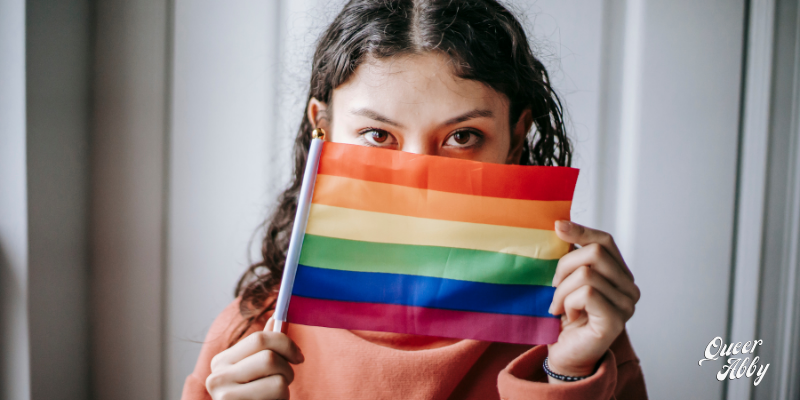 It is shocking to me the number of parents of LGBTQ youth I have talked to, who shared that their faith in God was questioned by people solely because they supported their queer child. It didn’t matter if the person was very involved in their church, aimed to walk that path of Jesus in their everyday life, and (heaven-forbid) just trying to love the shit out of their child.

At the end of the day, I do believe that these family members want to love your daughter, but don’t know how to do so without it affecting their identity. If they accept that your daughter’s attraction is natural (even if not the norm), rather than a mental flaw, then they might be thrown into the arena of facing what nearly all LGBTQ allies face—having to justify who they are as good, moral individuals.

Unfortunately, in today’s culture war, we’re not leaving a lot of space for people who maybe don’t want to understand what it means to be queer, but are perfectly fine with allowing queer people to exist equally in society. And since there is not a space for them to be that, your daughter becomes the easy sacrificial lamb.

Where Do We Go From Here

Because this is your family member’s concept to wrestle, does that mean throwing up your hands and giving up on them? No. It’s just time to get curious.

When they bring up the mental illness, consider inquiring, “I’m curious. What leads you to believe that?” This may give you more insight into where they’re coming from… or may help them realize that their argument is based solidly on opinion. The conversation may turn into a choose-your-own-adventure book at this point.

When people go with the “it’s not natural” approach, I like to ask what about it isn’t natural. Sometimes I share that I used to believe the same thing (yes… me!), until I did more digging and learned that humans are far from the only species where same-sex behavior or sex-changing exists. I believe Yale has now marked the total at around 1,500 species. And while there’s an obvious biological disadvantage to these creatures not reproducing, they have started to realize that maybe there are other reasons for creatures to be alive besides just reproduction. Imagine that.

The conversation almost always turns into a discussion of “lifestyle choice.” I like to get curious as to whether they think same-sex attraction is a choice or something inherent to people. For those who think it is a choice, I ask why they think anyone would “choose” to be gay if we’re all truly heterosexual. What societal benefit is there to being gay? (Answer: none, except that you may feel more welcomed at awesome Pride events!). And if being gay isn’t a choice, if it’s inherent to who your daughter is, then what is the problem with it? Really? Why is your family member focused more on what physical anatomy is involved than whether or not your daughter is in a healthy, loving, consensual, age-appropriate relationship?

I could go on and on with rebuttals to use and research to site. And again… none of that will matter because your family member doesn’t actually want to have a conversation. 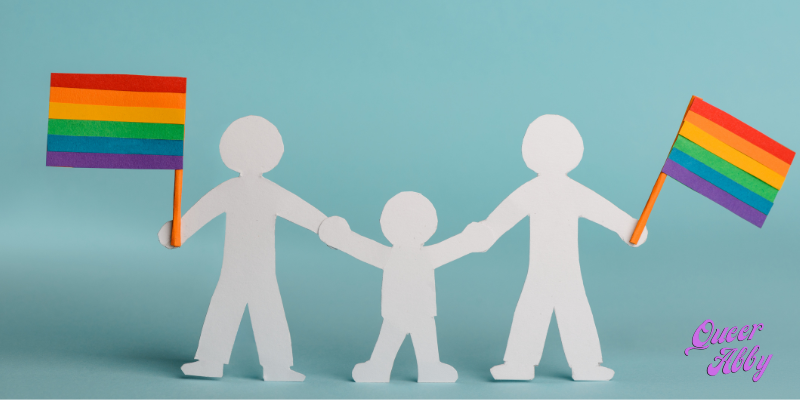 The Only Way to Win

Let me repeat that. There is almost nothing you can say to them that they will want to hear. Why? Because they’re not actually looking for truth. The information is out there. If they wanted to find it, a quick Google search could do it. If they wanted to talk to your daughter about her actual lived experience, they could absolutely do so.

But they don’t really want to do so. If they really cared about the truth, it would dismantle a long and deeply held belief of theirs. If they supported your daughter and became even a quiet ally of the LGBTQ, their identity would shift. When people around them talked badly about the LGBTQ, suddenly they would feel a micro-shred of the pain that causes because of their love and support for your daughter. It’s easier not to change. It’s easier to just blame your daughter and hope that she’ll still stick by them because of the family bond.

If only they had a shred of the guts you and your daughter have shown.

So what can you do? Shut down the conversation when they start it, but then release yourself of the burden of having anything to defend. Live by example. Let your daughter be free and content, and grow into the fullest and most complete version of herself. Let them see her happiness. Let them see your bond. Let them see that, in spite of everything the world has taught them about what it means to be LGBTQ, it’s entirely wrong as evident by her lived example. Let the weakened bond between them and your daughter be on them and not on her. Let them provide why THEY are worthy of HER love, and not the other way around. Protect her and gift their burden back to them. You have nothing to defend.

I’m glad you brought up this question, Tired in Tampa, because progress is still slow in changing the conversation about queerness being an illness, a struggle that is especially real for the genderqueer and trans community at the moment. I appreciate your willingness to educate yourself. That is still an important piece for LGBTQIA+ allies and advocates (and those within the community as well) to do. But let’s educate ourselves, not so that we can defend, but so that we can stand more firmly and proudly in our knowing that it is the spectrum of humanity and our unique differences that make life rich.

Keep on rockin’ as one amazing, kick-ass mama bear!